I believe this is a 1928 Buckingham but I am not a watch aficionado. It's just a watch I found years ago and am curious about. The hands on this watch ALMOST match the image of the ad posted on the site for a 1929 Buckingham, but are slightly different. The ad appears to be an illustration though so maybe the artist didn't draw every detail of the hands. The hands on the watch I have definitely do not match the hands in the 1929 Buckingham photograph on the site. So, I wonder if the advertisement photo is actually for the 1928 Buckingham.

Regarding the case serial number, the second digit appears not to have stamped fully into the metal. It could be a 3, an 8, or a 9.  There are also several numbers and letters scratched into the inside of the case back.Very difficult to read even under magnification. Maybe "signatures" of the craftsmen who worked on it?

Interested in any light you all can shed on this. Hopefully also contribute a missing piece to your database. Thanks. 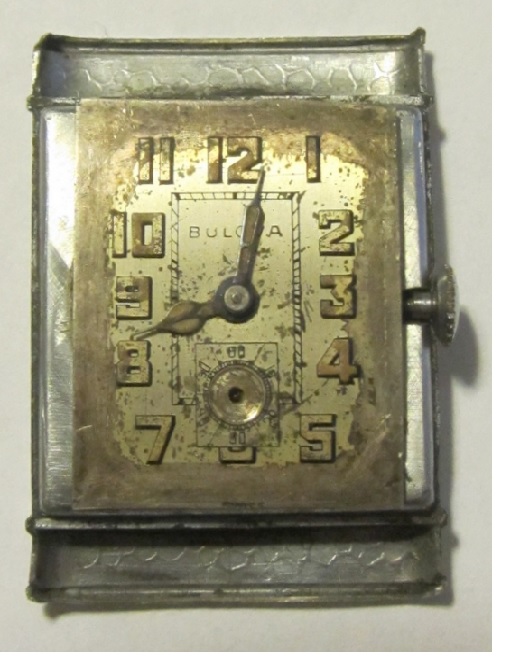 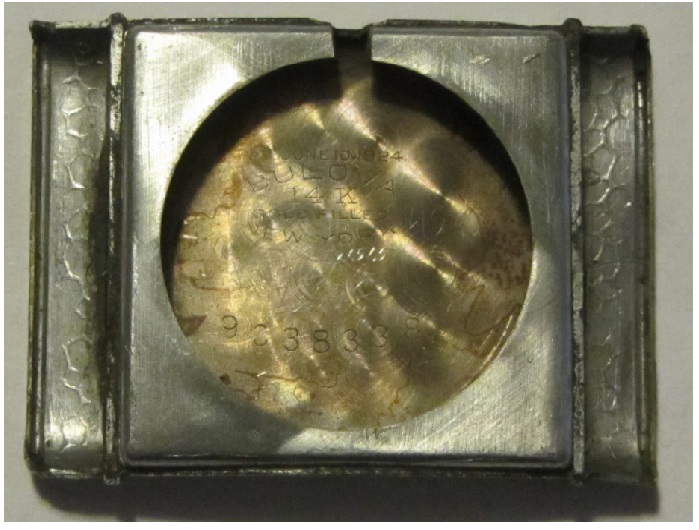 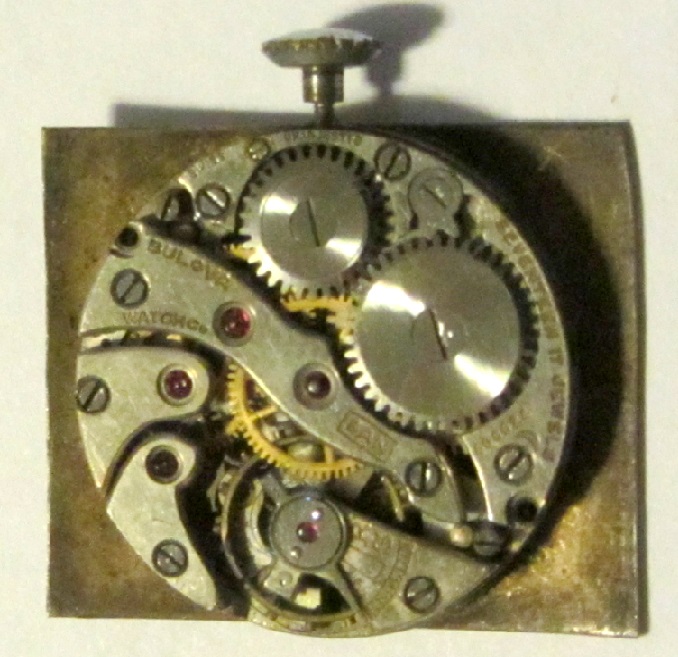 Do you have a photo of the front of the watch assembled?

Have also updated the date to 1929 based on the case serial number.

Unfortunately, what you see is all there is. The front of the watch case was missing when I found it.

Agree on the case serial number.

What are your thoughts on the hour hand being different than the 1929 already pictured on the site? Are watch hands typically indicative of manufacture year? Or maybe it is common for hands to get switched out (as in a repair situation)?

OK, based on shape and face, case back appears to be from a 1929 Buckingham, like this one. 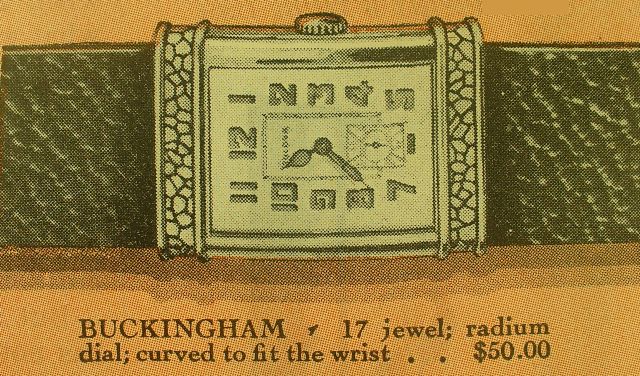 It's a pretty unusual shape (ribs, faint "pebbling"), not many choices. Based on the premise it's a Buckingham, the hands would appear to be correct.

Publishing as a 1929 Bulova Buckingham, noting the case missing the front bezel. Normally I'd not publish but as this model is so unique I believe it has value in the database.

Not sure why I didn't include a pic of the back. Sorry. 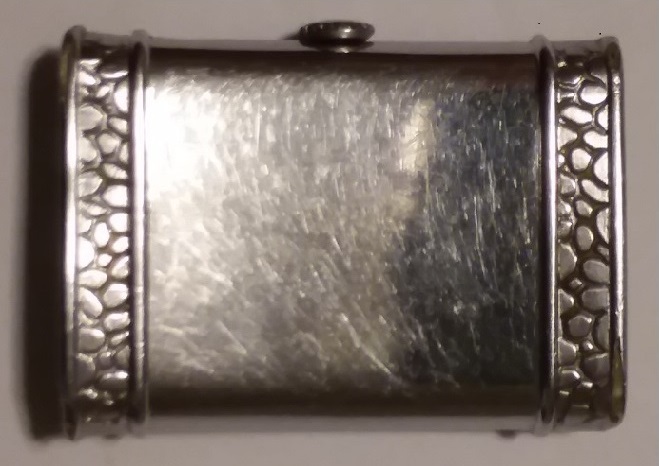