Originally thought to be a 'Frankenwatch' based on a Stamford case, it was purchased as a parts watch and included a mid-forties Gemex expandable band.  When received, the watch and band were pretty filthy and the watch had a broken crystal, but it was too nice to part out.

Upon further inspection, the etched roman numerals matched the last three of the case back serial number, the first was a '5', the 15 jewel 10BC movement had a triangle, and the engraved lugs made the 'Frankenwatch' designation seem less likely.  When another went up for sale on eBay and another was found on a different Bulova collector's site (both with 15 jewel 10BC movements), a more thorough search on this site was made and... an identification is believed to be found.

Based on the partial ads, this watch is believed to be a 1945 Aviator 'B'.

Every part of the watch (incuding the band, though non-original) was carefully, but thoroughly, cleaned.  The replaced parts includes the mainspring, crystal (thanks to veritas123), and minute hand.  Because of wear, the 1126 crown will eventually need to be replaced as well.  The old Gemex band was kept, and, though not perfect, is very presentable and appears period correct. 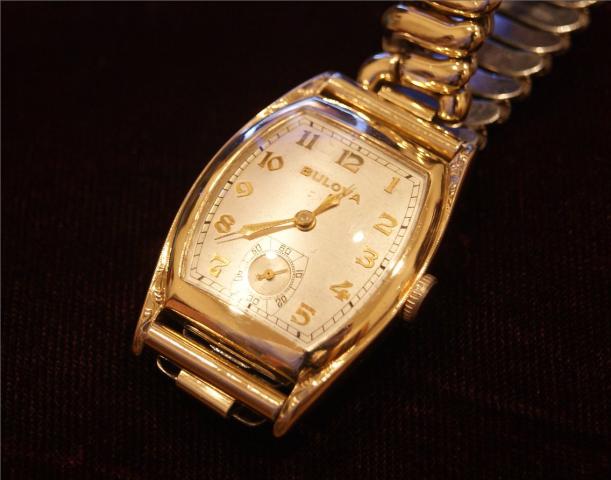 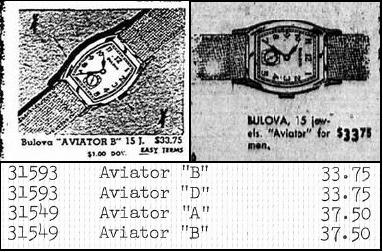 I agree with an Aviator B identification. it's beautiful

Very nice Aviator Stan. I've got a few of these. I'm curious as to what makes it a "B".

1955mercury, your guess is as good as mine! I thought that with a name like that, it would be part of the military a inspired watches like the blackout or Air Warden, but it may have possibly started as a derivative of the other aviation-themed watches.