Hello,  I really like the Her Excellency line and picked up this one to add to my collection.  It is 10K white gold filled.  It has a 21 jewel movement and a band that matches so well it looks like it was made for this model but I do not find an ad with it.  I believe this is the Her Excellency "L".  In looking at the ads it doesn't seem to matter what face or band it has to be an "L" which I find interesting when they change variants in other lines.  Thanks all! 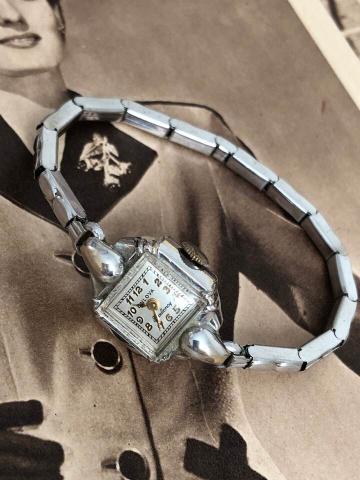 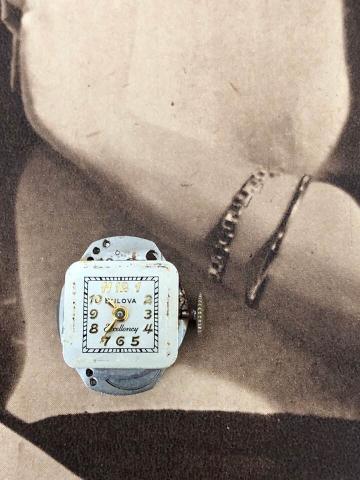 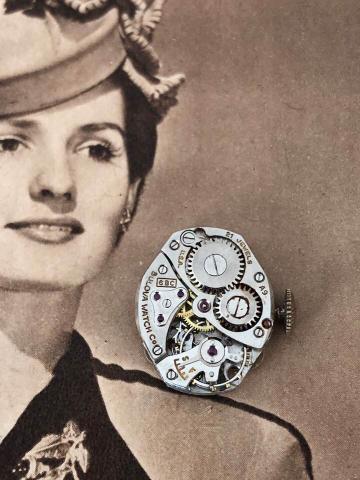 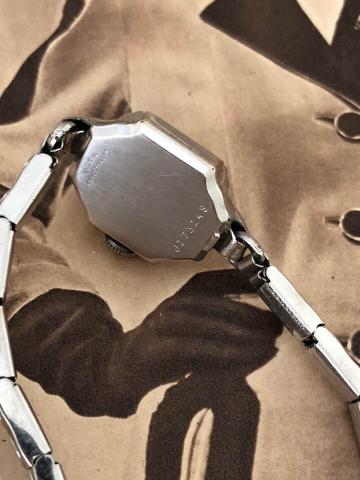 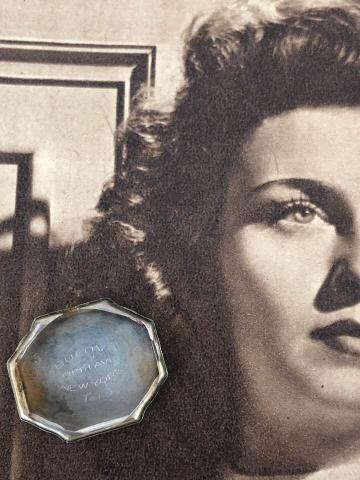 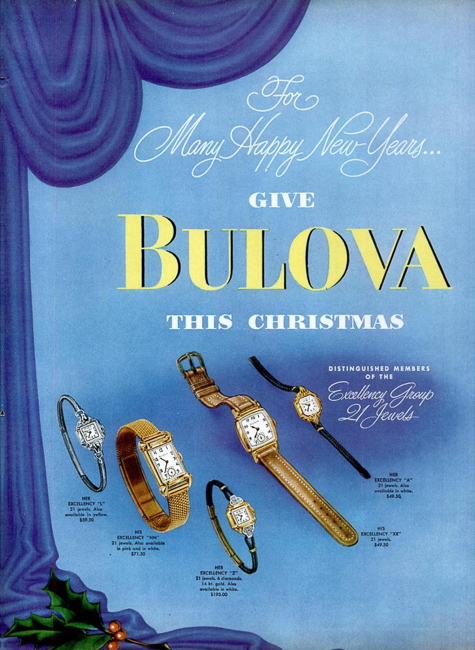 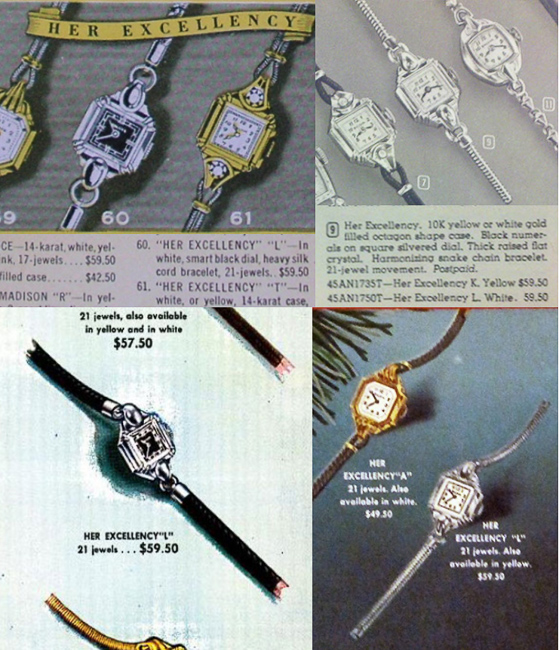 We've had a couple spirited debates as to whether or not the mount determines the variant. Over the years we've clearly decided that, in some cases, it might. Part of the fun is the speculation. At the end of day we will most likely agree that your watch is, as you've so expertly identified:

It looks like you're having fun with the photos, they very good. I like the way you're matching subject matter.

Thank you Geoff.  Yes it is fun.  I have gotten a couple of things on ebay to use and these were from a good find at an antique store.  I got a couple of books and a stack of 1940s newspapers and ads all for $10.  Sadly no Bulova ads in the bunch but it will give me some backgrounds to use.

Well done Kathy. I'm going to agree tentative (for now) per the ad specifically calling out black face/white gold as  Her Excellency L. None of the ads specifically call out face color but that one. Also note (for the sake of debate) that both ads showing a black face display a cord band, while the ads showing white face have a metal band.

A first for the data base.

It's possible that this model Her Ex. with a white face and metal band may be an under advertised different variant, the most likely in naming progression would be  "M". We have no examples of this watch with either color face in a white case except now - yours; so that is pure speculation at this point.

From an inventory ordering standpoint, it seems odd that a model wouldn't have a variant call-out for face color AND band combined difference to avoid store ordering/stocking confusion. There is a possibility it's one of those cases of "also available in/with", like the ad stating "L" also available in yellow", where the called out yellow "L" is actually a "K"..

You have also highlighted another example of where variant letter indicates color in progression, with the first letter in alphabetical sequence for model being yellow and second being white (K=yellow / L = white).

Maybe I'm splitting hairs here but thought I would throw out the possibility, based on the way Bulova represented variants in printed ads.

Thank you neetstuf-4-u.  The ads that list both variant letters with the color are really nice to find.  As you said I am sure there were more variants than were listed in ads and it leaves us guessing a bit : )

I'm all in with Her X " L ". I don't really put much stock in the current band type as a factor in deciding the model as who knows if it has been changed over the years.

Thank you Shawn!  Yes I think you are correct.  It seems they have been changed more often than not sadly.  Just an issue of wear and tear I suppose.