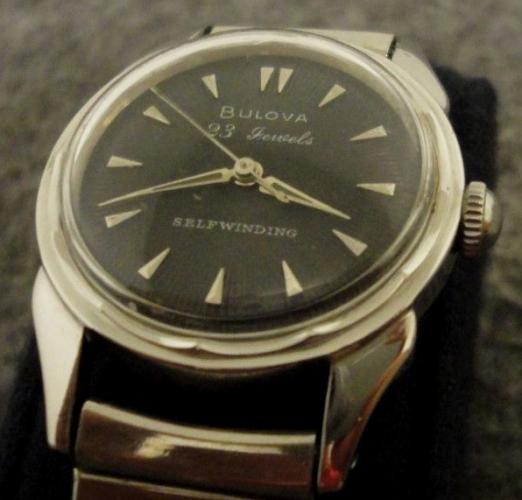 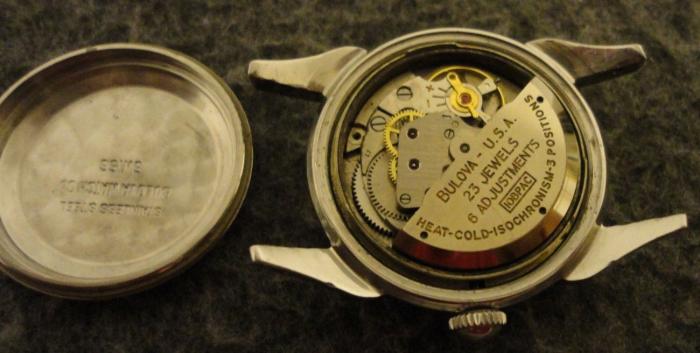 This one is in stainless.  I wish the previous owner had not polished the back to smithereens.  it is amazingly accurate.  I also have a similar '54 in  chromed base metal, the movements are a thing of beauty

These are good quality movements, not COSC, which would be 5 positions, but very few were at the time. During the late 50's and early 60's, watch testing for chronometer status was carried out by the Bureau Officiels de contrôle de la marche des montres and the mean daily rate limit was -1/+10, compared with today's -4/+6. (This must be achieved with a narrow delta in five positions) COSC was established in 1973.

In 1957, a watch like this only lacked the certificate to be called a Chronometer. The definition at the time was:

“a chronometer [was] a precision watch, which [was] regulated in several positions and at different temperatures and which had received a certificate [from the (“B.O.)]."

These were definitely not run of the mill watches, and in-house, USA made, to boot.

That is very illuminating info.  This particular watch is perhaps as accurate as any I own.  not sure how many of these movements I have, but a few.  the 6 adjustments has always appealed to me.  This one is more dead-on than (dare I utter it) my Omegas.  My first love is American movements, but I'm not over the top with that

This is one of the few Bulovas that lists the six adjustments they are referring to right on the movement:

Here's a 1955 example I hadn't seen before, they proudly put it on the dial: 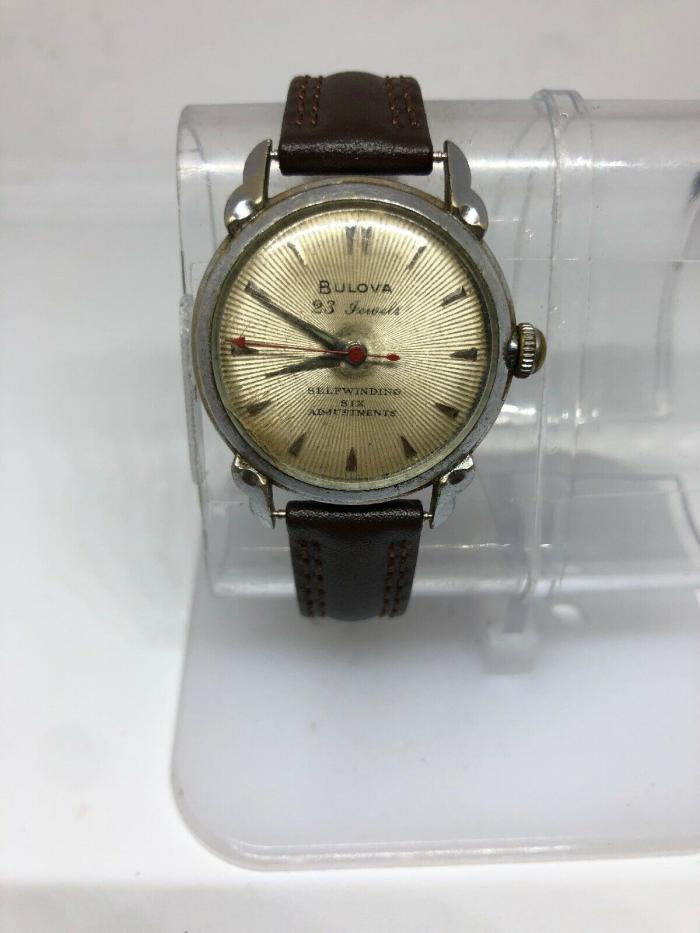