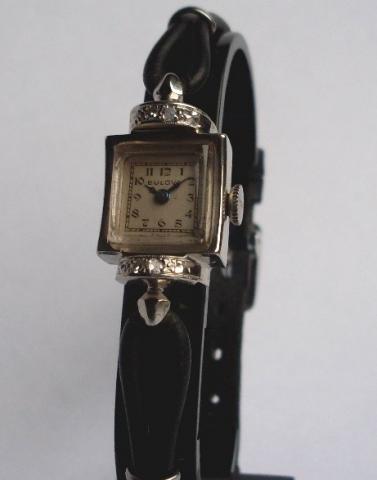 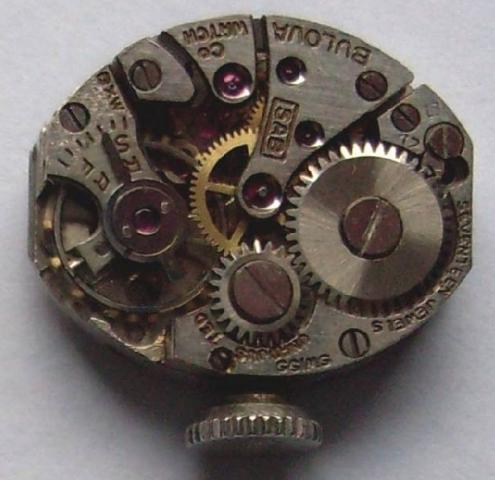 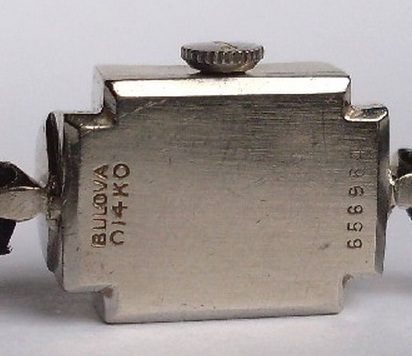 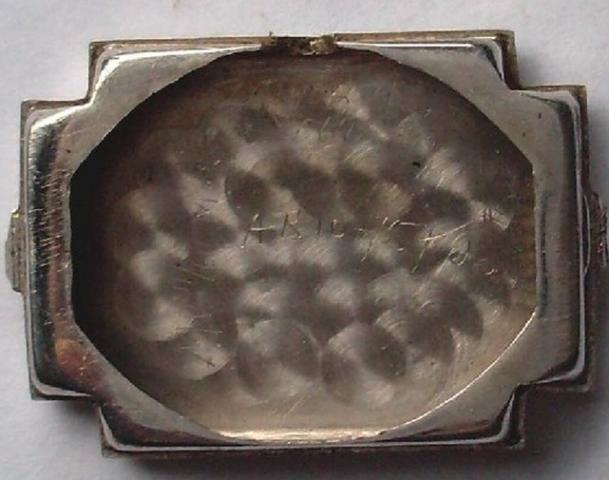 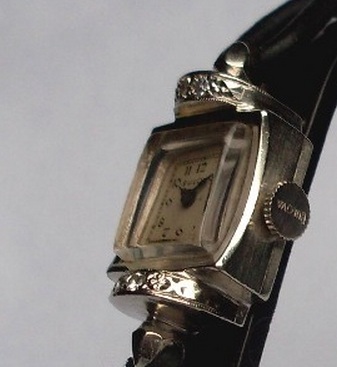 Anyone help with which model this is?

What does the inside of the caseback read???

Crock, can you add pics of the inside and outside case back? Also can you measure the crystal to the tenth of a mm? Crystal specs could confirm or eliminate possible models. Thanks.

TB, I'm seeing a Square date stamp just above the "17" on the movement.

DarHin, under extreme magnification on my desktop it looks like L3 to me directly above the 17. Although the "3" looks a little funky, right side of what you think might be a "square" definately appears wavey.

TB, I see what you mean but the owner points out Square date code in the details.

Case manufacturer marked Bulova, but  some inside/outside case back photos would help.

Thanks for the comments so far.  I have to admit that I thought it was a square rather than an L3, but maybe I was looking for a shape rather than a later code because the chap I bought it off thought it was approximately 1940s.   And I figured that the 5AB movement made more sense for a 1936 model.

Your guess is as good as mine with regards to what is scrawled on the inside of the case, only "proper" markings are on the outside, which again (I thought) meant it was an older model.

Sorry, but I don't have the equipment to measure the glass thickness.  It's thick though, which might be more easily seen on the final picture.

I initially thought it might be from the "Her excellency" range, but not if it is as old as 1936, and I'm also now not sure that it's Her Excellency because the shape doesn't look quite like any of teh other ones or adverts I've seen.

Anyway, thanks again for everyone's input, it's really appreciated.

Very  nice ladies diamond beauty.  1936 date sounds right....I see the square in mvnt pic.  Unique case should be easy to recognize....if we just had an ad for it.....thanks for the good pictures, but
Unknown to me.

Perhaps a Goddess of Time???

Crock, thanks for the additional pics, they're a big help.

As far as the crystal, I was referring to the measurements from top to bottom and side to side.